This weekend three of NFSC - NIAGARA FC OPDL Players were selected to attend the Ontario Soccer PROVINCIAL XCEL Trials in Toronto.   Matthew Bogusat, Reney Merone, and Wael Ghrer attended the Provincial Screening Competition this weekend for the 2006 Boys at the BMO Training Grounds.

The Ontario Provincial Development League (OPDL) is one of the primary programs in which potential Provincial Team players are identified.   22 players for each age and gender divisions will be selected over the course of the next few weeks.

Matthew, Reney, and Wael will now await notification which will come in April.  Selected players will continue to participate in the PROVINCIAL XCEL Prepatory weekends which will commence at the end of April.  Within these events, Canada Soccer's National Team Staff will be in attendance to identify players for their NATIONAL EXCEL Programs!

For the NFCS - NIAGARA FC Boys, this was just possibly the first of many amazing opportunities for these boys within Niagara.  We are so glad to be able to provide this pathway for them and all the players via the OPDL Program and St. Catharines Club Roma Soccer Club's League 1 here in Niagara! 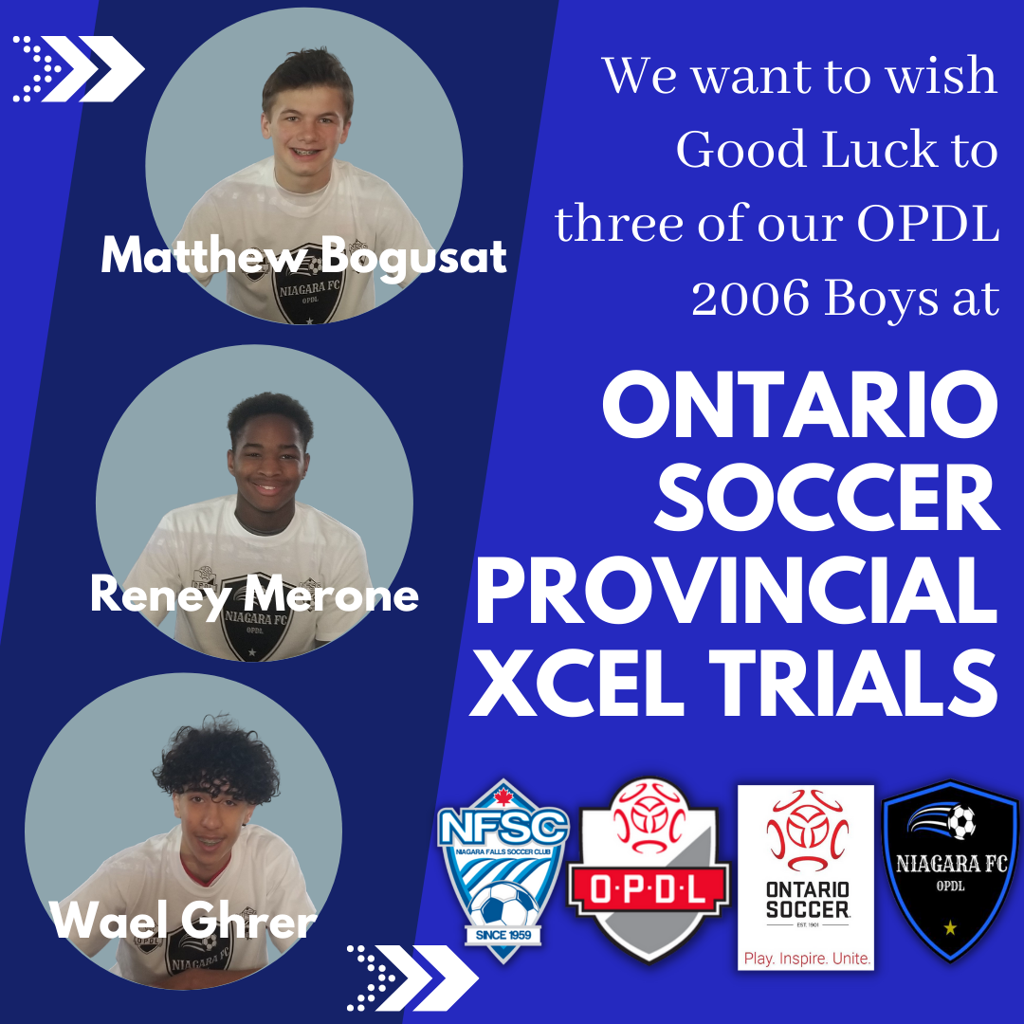 We are thrilled to announce that three players from our U17 Boys team have been selected to attend the Ontario Soccer Provincial Xcel Trials. the three players that were selected are Matthew Bogusat, Reney Merone, and Wael Ghrer!

We wish these players good luck and are so excited to see how far they will go!