NIAGARA FC is proud to present Sam Blakeley as the 2022 U13 Boys Head Coach!

Sam Blakeley has extensive knowledge of soccer from playing and coaching for many years. He is currently an assistant coach of the NIAGARA FC U15 Girls team.

We are so excited that Sam Blakeley will be joining us as head coach for the 2022 season! 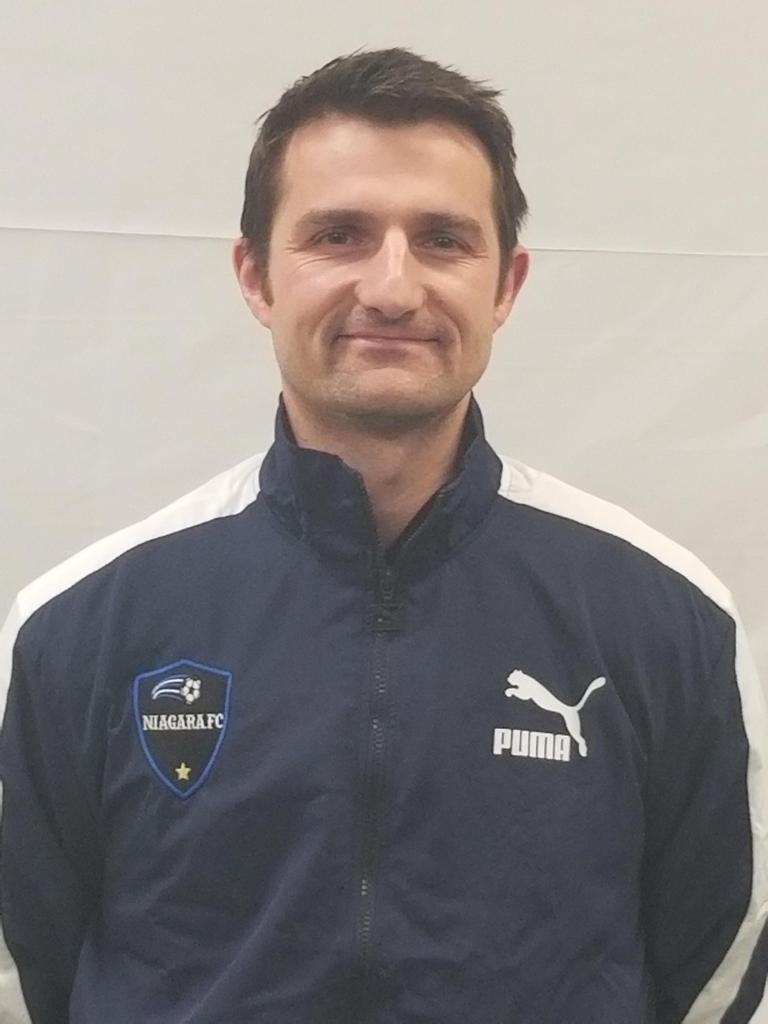 Sam Blakeley was born and raised in Manchester, England.

He played for his local team, school and professional club Bury FC. From age 9-16 he trained weekly in the Bury School of Excellence and played against the best teams such as Manchester Utd, Manchester City & Liverpool. At 16 he was released from Bury FC and joined semi-professional club, Chadderton FC. He played there for two years before moving to Canada in 1999 and continues to play the game today!

In 2015, Sam turned his attention to coaching kids and created his own Soccer Academy in Niagara Falls focusing on developing fundamental technical skills. He also developed an online ball mastery program called 7MinuteSoccerSkills.com that is currently used by coaches and players across the World.

Sam continues to educate himself by earning his coaching badges. He recently completed the C-License training and Fitness - Level 1 with Ontario Soccer and has set the goal of working towards his B License in 2021.

CONNECT WITH US ON SOCIAL MEDIA

Tag(s): Home  In the News  Trials  About OPDL  OPDL