Launched in 2014 with the 2001 age group, the Ontario Player Development League (OPDL) is one of the province's first standards-based, youth high performance league that combines top level competition with strict high-performance training standards. This innovative exciting youth high performance program is an important component of the overall movement to adopt the core principles of Long-Term Player Development (LTPD) across soccer at large in Ontario and Canada.

When did OPDL come to Niagara District?

OPDL was announced to come to Niagara District at Niagara Falls Soccer Club on Tuesday, September 22nd, 2020.  NFSC has worked for over 4 years to obtain the OPDL Franchise in Niagara.  NFSC has branded the OPDL teams as Niagara FC.  Visit the Niagara FC website at niagarafc.ca for more info.

New License Holders begin their OPDL with U13 Girls and Boys Division (those born in 2008 for the 2021 Season).  The program will commence in October with Trials.

What type of player is an OPDL Team looking for?

What are key OPDL Timelines?

Niagara FC will hold trials in early October.  Please watch for trial dates to be released.  Training will officially start in early January in conjunction with OPDL Guidelines.  The OPDL League operates from May to early November.

What’s the Info on Open Trials?

Normally there are no geographical boundaries to OPDL Teams.  But currently because of Covid-19 Ontario Soccer with the Provincial Guidelines have limited the boundaries to our Region which is made up of Peel Halton, Hamilton and Niagara Regions.  An Open Trial is open to players who desire an opportunity to display their level ability to participate at the level of an OPDL Franchise.  A player must have the opportunity to attend a minimum of 3 Trials before a final decision is made.  Following the trials, the most skilled and dedicated players will be selected regardless of the residency or the club affiliation.

What teams play in OPDL?

When are games played?

Games are primarily played on weekends, with teams playing a mix of home and away games.  Some games are arranged by OPDL and central venues.  Central venue games expose players from scouts from our Provincial and National Programs.

What is the time commitment?

OPDL teams train/play between January to October.  The teams will train 3 days per week.  There will be intensive indoor training between January and April with a few exhibition games when possible.  The season begins in May and runs to October.  There are no games scheduled on Long Weekends and the League establishes a two-week summer break.  Summer weekend travel will be extensive with a few Friday nights away as well.  There will be a break from beginning of December to mid-January.

How will OPDL affect multi-sports athletes?

Niagara FC supports multi sports athletes as a way of developing an all-around athlete.  However, if a player is selected for Niagara FC and play at the OPDL Level, the time commitment mandates their OPDL team must be their first priority.  An OPDL player shall not participate in any other soccer programs with the exception of Ontario Soccer Talent Development Centers, Provincial Projects/Programs, National Programs or official trial opportunities deemed appropriate by OPDL.

Niagara FC will host Open Trials every year.  Niagara FC Technical staff will continue to evaluate interested players and players can have the opportunity to develop with the team.

What happens if I am not selected?

Players that are not selected are invited to trials with the Regional Teams.  There are always opportunities for call ups and to participate in training sessions with the OPDL team at times under our Development Program.

What are the estimated Player Fees?

Niagara FC is estimating the annual fee of $3400.00 for the 11-month program.  This will include uniforms and training gear.  We have on our team at Niagara FC National and Provincial certified coaching staff, certified goal keeping training, strength and conditioning coaching, food and nutrition guidance.  Sports medicine personnel, and a National Level Head Technical Director.  Niagara FC will use the highest level of Indoor and Outdoor training facilities and supplies a fulltime admin and support staff.

Niagara FC is an OPDL Franchise of Niagara Falls Soccer Club (NFSC).  NFSC was established in 1959 and has been serving Niagara Falls and the entire district.  We are dedicated to quality training experiences from our Grass Roots of House League to our High-Performance Levels of OPDL.  We have moved forward with hiring well-qualified and highly experienced coaches and support personnel.  We will continue to grow with the Ontario Soccer and Canada Soccer programs. 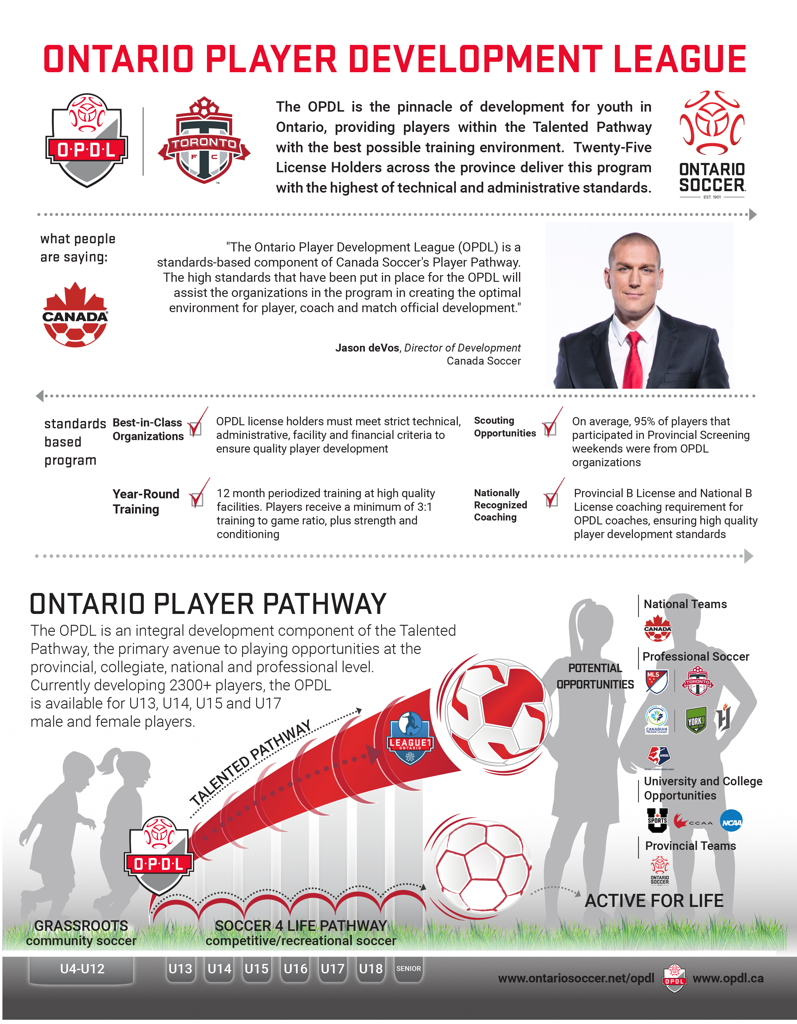